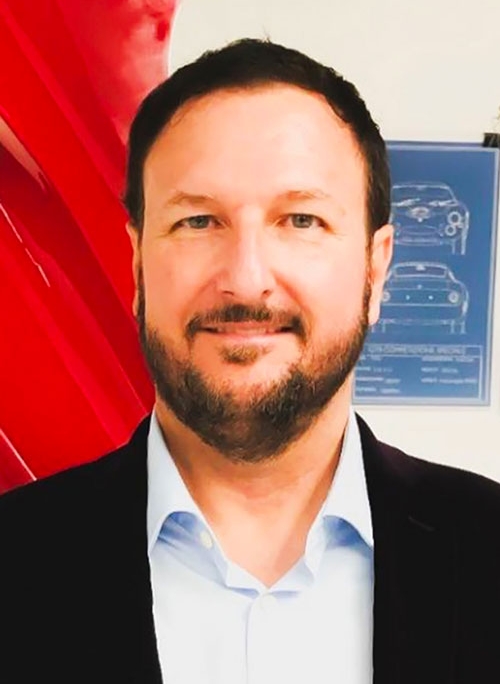 Alex Lightman is an award winning writer, entrepreneur, educator and government Policy Advisor in technology and trade. He has organized and chaired over 300 international events.  His academic background includes being an MIT graduate in Civil and Environmental Engineering, and attending graduate school at Harvard’s Kennedy School of Government and MIT’s Sloan School of Management.

Mr. Lightman is involved with creating and innovating elements of smart, green, augmented cities that will increase human health, wealth, life expectancy, and intelligence by combining the possibilities of AI and robotic technology, real estate and cryptocurrency.

Mr. Lightman has worked for, contracted for and has been an advisor or speaker to over 30 foreign governments, and over 30 US federal agencies.  Agencies include the US Senate, the White House, Department of Transportation, Department of Defense, Defense Information Systems Agency, and the Institute for Defense Analyses Science and Technology Policy Institute, as well as NATO and the United Nations.

Mr. Lightman authors and teaches the Kingsland University’s Two Day Blockchain Executive Education program, receiving 100%, 5 out of 5 star ratings from attendees. The goal from this pursuit is to take the body of knowledge around the Blockchain and make the complex comprehensible, the intangible graspable, and the future urgent.

Currently the CEO and founder of Praxis Digital, a digital keyboard developer for mobile phones, Mr. Lightman is also the founder of Token Communities.

He has served as an Advisor to over 20 Blockchain companies and speaks around the world on “solving big problems with Blockchain, AI and IoT”, “CryptoHistory 2009-2050”, and “Visionary Blockchain Projects”. He also speaks widely on renewable energy.  His TEDx talk on “How to Get Rid of Fossil Fuels” by 2030 has thousands of views.

Awards include the first Economist magazine Readers’ Award in behalf of 4G Wireless, vs. Elon Musk and five other innovators in a global vote— where 4,000 innovations were submitted. The only other recipient was Steve Jobs.

He has also won SGI’s Internet VR competition out of over 800 entries, a global Avatar competition, and the Johnson Foundation’s recognition as one of “America’s ten most innovative educators”.

He is a co-founder and one of the seven steering committee members of the Digital Asset Trade Association (DATA) and is one of the most prolific creators of crypto content in 2018. He is the first columnist for ICO Crowd magazine, with 35 articles, an Amazon.com best-selling author in seven categories, and keynote speaker at 30+ Blockchain conferences in 20+ countries during 2018. He has authored 15 crypto white papers, possibly the most of any individual.

Mr. Lightman is the author of Brave New Unwired World (the first book on 4G) and Reconciliation: 78 Reasons to End The US Embargo of Cuba, and the coauthor (with Brett King, the #1 Fintech influencer) of Augmented: Life In The Smart Lane. His next books will be published in 2020, How To Be Good At Crypto, and Food Security via Clean Energy and Blockchain Technology.

This is a notification that can be used for cookie consent or other important news. It also got a modal window now! Click "learn more" to see it!

We may request cookies to be set on your device. We use cookies to let us know when you visit our websites, how you interact with us, to enrich your user experience, and to customize your relationship with our website.

Click on the different category headings to find out more. You can also change some of your preferences. Note that blocking some types of cookies may impact your experience on our websites and the services we are able to offer.

These cookies are strictly necessary to provide you with services available through our website and to use some of its features.

Because these cookies are strictly necessary to deliver the website, refuseing them will have impact how our site functions. You always can block or delete cookies by changing your browser settings and force blocking all cookies on this website. But this will always prompt you to accept/refuse cookies when revisiting our site.

We fully respect if you want to refuse cookies but to avoid asking you again and again kindly allow us to store a cookie for that. You are free to opt out any time or opt in for other cookies to get a better experience. If you refuse cookies we will remove all set cookies in our domain.

We provide you with a list of stored cookies on your computer in our domain so you can check what we stored. Due to security reasons we are not able to show or modify cookies from other domains. You can check these in your browser security settings.

We also use different external services like Google Webfonts, Google Maps, and external Video providers. Since these providers may collect personal data like your IP address we allow you to block them here. Please be aware that this might heavily reduce the functionality and appearance of our site. Changes will take effect once you reload the page.